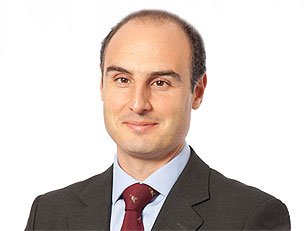 Siro Barro is a lawyer in Tax Law Area. He joined the firm in April 2012.

His professional practice focuses on the tax area and began more than ten years ago, providing services of general tax advice to both individuals and small and medium-sized enterprises and large companies both domestic and international. Before joining our firm, from 2006 until 2012, he worked as a lawyer in the Department of Tax Law of BAKER & McKENZIE firm.