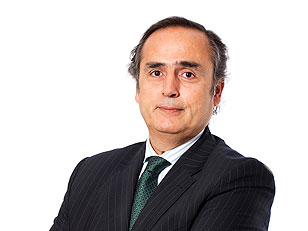 Ignacio Eguidazu is a lawyer of the Commercial Law Department. He joined the Firm as a partner in February 2012.

Previously, from 1992 to 2006, he worked as a lawyer for KPMG Abogados reaching the rank of Director, and later as a member of the Commercial Department of the firm GOÑI y CAJIGAS Abogados, from November 2006 until January 2012.

His professional practice is focused on the commercial area in general and, in particular, at the corporate level. He provides general advice on incorporation of companies, structural changes, such as mergers and splits, corporate transactions, amendments to by-laws, and agreements between significant shareholders.

Another important part of his practice involves mergers and acquisitions of companies, and advice on corporate restructuring, including debt refinancing and assistance in bankruptcy proceedings.

He also provides advice on contractual matters and, in particular, agency, distribution and franchising agreements, as well as bank contracts.

You can find out more about which cookies we are using or switch them off in settings.

This website uses cookies so that we can provide you with the best possible user experience. Cookie information is stored in your browser and performs functions such as recognizing you when you return to our site or helping our team understand which sections of the site you find most interesting and useful.

If you disable this cookie we will not be able to save your preferences. This means that every time you visit this website you will have to enable or disable cookies again.

This website uses Google Analytics to collect anonymous information such as the number of visitors to the site, or the most popular pages.

Among other data, the language in which the web has been accessed and the application has been loaded and, when playing a video, the volume option or the resolution selected by the user.