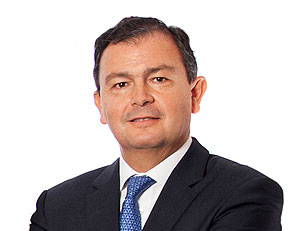 Previously, he worked as a lawyer (from 1986 to 1995) and as a partner (from January 1996 to January 2001) of the Commercial Department of the firm URÍA MENÉNDEZ. Subsequently, from January 2001 until October 2003, he served as Deputy Director General of Alliances and Acquisitions of TELEFÓNICA, S.A., being legally responsible for M&A operations of the group. Before joining our firm, from January 2004 until March 2006 he worked in the individual practice of the profession.

His practice focuses on the commercial area in general and, in particular, in the field of Mergers and Acquisitions, having advised venture capital firms and domestic and international groups in numerous operations of acquisition and sale of companies and any type of shareholders and investment agreements.

He also has extensive expertise in the corporate environment and corporate governance, being secretary to the board of directors of the listed companies ENCE ENERGIA Y CELULOSA, S.A., from July 2006 to the present date, and INDRA SISTEMAS, S.A. from April 2015 to July 2021, as well as a number of unlisted companies.

Another important part of his practice involves advising financing transactions in corporate restructuring, including debt refinancing and structural modifications and other corporate transactions. He also provides advice in the field of family business Law.